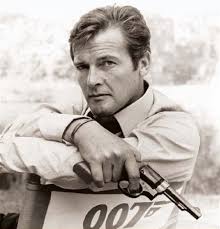 It’s always sad news when an actor dies and the passing of Sir Roger Moore at the age of 89 was quite rightly received in such a vein the film world over today.  Born in Stockwell, London in October 1927, Moore began his professional career in the mid-1950s signing a seven-year contract with MGM, but it was really only in the late 1950s and then in the 1960s that he began to make his name by way of a slightly smaller medium, namely television.  Roger played the titular character in the short-lived Ivanhoe between 1958 and 1959 (guest stars included one Christopher Lee) and next the part of ‘Silky’ Harris in the 1959-1960 western series The Alaskans.  Following the cancellation of that latter show, he was cast in the role of Beau Maverick, an English-accented cousin of Bret Maverick (James Garner).  This particular acting stint was not lengthy in duration either, but far better things were on the way for Moore as the 1960s moved into full swing.  Lew Grade cast him in the pivotal role of Simon Templar in the ITC television series The Saint which ran from 1962 to 1969.  The show, which amassed a total of some 118 episodes, was successful at home and abroad and established the actor as a suave, debonair type which would serve him well when cast as James Bond in the early 1970s.  Incidentally, most of the wardrobe worn by him in the series was his own.  More significantly though was the fact that the actor, who directed several of the show’s later episodes himself, became a household name in the process. 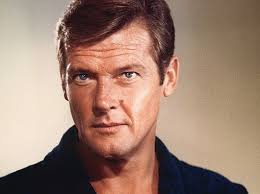 Moore was coaxed back into TV for The Persuaders! in which he played the character of the rather refined British nobleman Lord Brett Sinclair opposite Tony Curtis’ more diamond-in-the-rough type Danny Wilde.  The show lasted for just one season – consisting of 24 episodes in total – and did not perform as well as hoped in the American market.  But it did find a viewership in other territories such as Europe and Australia and is still well regarded for its fine production values and the on-screen dynamic between Moore and Curtis.  In spite of stories that the two leads did not get along well together, Moore later stated that he had a good working relationship with the Some Like It Hot star and that they shared a similar sense of humour.  Curtis, for his part, once graciously remarked that he would not consider the idea of doing a remake of The Persuaders! without Roger. 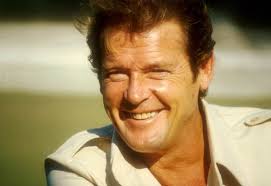 And so came his most famous role when cast by producer Albert ‘Cubby’ Broccoli as James Bond in the latter half of 1972.  Sean Connery and Australian George Lazenby had preceded Moore in the part, but it goes without saying that the actor made Bond his own in the seven films in which he played the British Secret Service Agent.  These, for the record, were Live and Let Die (1973), The Man with the Golden Gun (1974), The Spy Who Loved Me (1977), Moonraker (1979), For Your Eyes Only (1981), Octopussy (1983) and A View to a Kill (1985).  Moore played off of the image and demeanour he had set for himself in The Saint and The Persuaders! and his Bond was quite different to Connery’s with respect to the lighter touch employed by the actor and the one-liners which became so indelibly linked with his version of Bond.  The series moved in a certain direction during his tenure, embracing throwaway witticisms and sleek gadgetry, and critics of this phase of the film franchise will argue that 007 lost much of his hard edge whilst Moore remained in the part.  Personally, I think the actor brought an interpretation to the role which will not be forgotten nor should it be dismissed.  He was well cast generally and memorable particularly in The Spy Who Loved Me, Moonraker and For Your Eyes Only (which for me is one of the more underrated Bonds).  The only criticism that might be levelled against him was that he was simply too old by the time of 1983’s Octopussy, and most definitely over the hill at the age of 58 when announcing his retirement from the series following 1985’s rather lacklustre A View to a Kill. 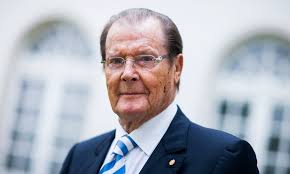 Sir Roger did other film work during his Bond years in productions such as 1978’s The Wild Geese (with Richard Burton and Richard Harris), 1979’s Escape to Athena (with David Niven and Telly Savalas), 1979’s North Sea Hijack (with James Mason and Anthony Perkins) and 1980’s The Sea Wolves (again co-starring David Niven and Gregory Peck).  He hammed it up to good effect in 1981’s The Cannonball Run as Seymour Goldfarb Jr., a wealthy playboy who seeks to convince those around him that he is actually the actor Roger Moore.  Appropriately enough, as well, the character drives an Aston Martin in the film.  He only made a handful of films post-Bond (including the Spice Girls movie Spice World in 1997) and devoted much of his later years to humanitarian work for UNICEF.  The shadow of Bond was something he seemed happy to live with and he published his autobiography titled My Word is My Bond in 2008.  Moore had a fine self-deprecating sense of humour when it came to the matter of his performance as James Bond which was lampooned by Spitting Image in the 1980s.  He expressed his amusement at that show’s mocking of his eyebrow expressions in the role of Bond which more than suggested the actor was limited in terms of his range and ability.  He said he had only three expressions as Bond in his acting arsenal – right eyebrow raised, left eyebrow raised and eyebrows crossed when grabbed by Jaws.  The great James Bond star will be sadly missed, but he had a wonderful career in front of, and away from the camera, and the 007 franchise as a whole is richer because of his contribution.  Farewell Sir Roger.  Enjoy a well-earned Vodka Martini, shaken, not stirred in the next life.