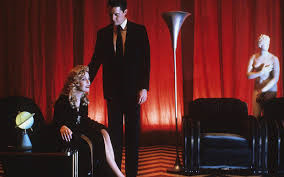 David Lynch’s prequel to his 1990-1991 TV series premiered at the 45th Cannes Film Festival (where it played in-competition alongside films such as Paul Verhoeven’s Basic Instinct and Robert Altman’s The Player) to booing and subsequent critical derision.  It was an extraordinarily negative reception given that Lynch had won the Palme d’Or just two years previously for Wild at Heart, his road movie about star-crossed lovers with a number of knowing nods to The Wizard of Oz.  The film iteration of his TV show was unfortunate at the time to fall between two stools.  Fans of the small screen series were dissatisfied as the film did not provide a continuation to the story which had ended in 1991 with a distinct lack of resolution; others who had derided Twin Peaks generally held it up as yet another example of Lynch’s penchant for the bizarre and surreal.  Happily since 1992 Twin Peaks: Fire Walk with Me has been re-appraised and many, myself included, now consider it to be amongst the director’s best works. 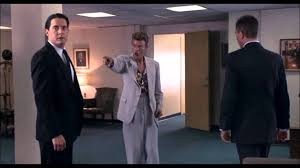 The second season of Twin Peaks the series had seen a sharp decrease in ratings and viewer numbers.  The problem essentially was that following the unveiling of Laura Palmer’s murderer the show no longer had a central hook and many did not bother tuning in after this point.  When it came time to transition the show to the bigger screen, many of the actors and actresses who had become familiar characters week in week out decided to simply opt out.  Amongst them were Sherilyn Fenn and Lara Flynn Boyle (Moira Kelly plays her part of Donna Hayward in the movie).  There was no Mark Frost either, the show’s co-creator; Lynch and himself had apparently fallen out.  More notable perhaps is the constricted part that Kyle MacLachlan plays.  His Special Agent Dale Cooper was one of the most prominent joys of 1990s TV, but alas his involvement in the subsequent film was limited at his own insistence.  There are conflicting reasons for this; one body of conjecture suggests the actor had fears of becoming typecast, the other states that he was disappointed with the show’s decline during its second and final season.  Whatever the exact reason, the fact was that Cooper would not be the central character in the movie as he’d been in the series, and on this basis Chris Isaak’s Chester Desmond was formulated. 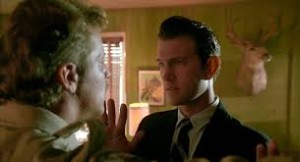 Chris Isaak is by no means the worst actor ever, but he is one of the film’s weaker points as he does not convey any charisma in the way MacLachlan was able to.  Desmond and Sam Stanley (Kiefer Sutherland) are dispatched by Gordon Cole (David Lynch as per the TV series) to Deer Meadow, Oregon to investigate the murder of drifter and prostitute Teresa Banks.  Desmond disappears mysteriously whilst working alone and Cole requests Dale Cooper to follow up on the missing agent.  Cooper finds no clues, but surmises that the killer will strike again.  A year later then we cut to the iconic sign for the fictional town in Washington.  Laura Palmer, the body pulled from the river at the very beginning of the show, finally gets to take centre stage.  This is the last seven days of her troubled life. 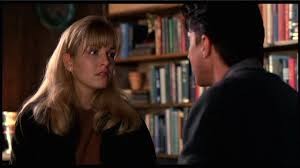 Twin Peaks: Fire Walk with Me is a prequel to all intents and purposes, though it is important to note that Lynch posits some clues as to the story’s eventual denouement and Cooper’s fate in the film.  At one point most tellingly Laura wakes up in bed and sees a bloodied Annie Blackburn (Heather Graham) lying beside her.  Annie instructs the high school student to write in her diary that the good Dale is still trapped in the Black Lodge.  There is also that glorious final scene which takes place in the same Black Lodge involving Cooper and the murdered Laura.  If you haven’t seen the film already I won’t spoil it for you.  Those who have I shall leave you to formulate your own interpretations of this as I have mine.  The film explores a number of themes common to much of Lynch’s work.  A most prominent one in the director’s canon is the veneer of normality in the everyday world juxtaposed and contrasted with the hidden evils which lurk beneath.  We saw these in Lynch’s masterly Blue Velvet, which also featured Kyle MacLachlan.  So is it also explored in Fire Walk with Me; as is the subject of incest – Laura and her father Leland, himself possessed by the malevolent force that is Killer Bob. 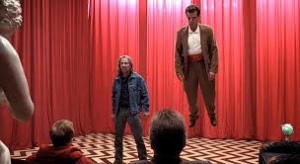 The film examines such threads in a much darker way than the TV series ever did, or was permitted to do, and it is so much the richer for this reason.  It has some typically weird Lynchian moments as well including David Bowie’s brief cameo as a missing agent whose sudden and dramatic appearance is counterpointed with images of a masked young boy and the very familiar Man from Another Place.  Earlier in the film Desmond and Stanley are imparted a series of messages via a red-headed lady standing in an aerodrome; there is Mrs. Chalfont and her grandson who pop up and present Laura with a picture of a half-open door; there is also the recurring motif of Teresa Banks’ ring.  We are very much in David Lynch’s world with such strange goings-on.  The director has always revelled in such asides and undertones.  Twin Peaks: Fire Walk with Me has its fair share, but these do not detract from the central story – the tragedy – which is unfolding before our very eyes. 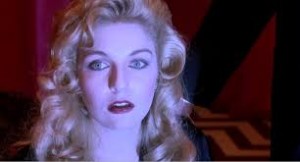 Lynch has been quoted as saying that he found it difficult to leave the world of Twin Peaks and part of his reason for wanting to make such a prequel was to examine the character of Laura Palmer herself, a beautiful homecoming queen who, as he puts is, ‘radiant on the surface but dying inside.’  At the very heart of the movie is a great central performance by Sheryl Lee as the increasingly distraught and doomed Laura.  She is by no means a paragon of virtue as the TV series had long established; we see her taunt her so-called trophy boyfriend Bobby Briggs, and later effectively sell her body in the Pink Room sequence, along with Ronette Pulaski who fans of the series will be very familiar with.  Lee’s performance is one of several highlights of this very fine film, and entry in Lynch’s filmography; other standouts include Angelo Badalamenti’s score and the lush cinematography by Ron Garcia.

Twin Peaks: Fire Walk with Me was unfairly dismissed at the time of its initial release and personally I hope that the process of re-evaluating one of David Lynch’s best films will continue long into the future.  The return of the TV series next year (2017) will assist in this process I think and it will be most interesting to see where the director takes his vision some 25 years after he last visited the fictional town.  It’s heartening to read – at the time of posting this – that many of the cast members, including Kyle MacLachlan and Sheryl Lee, will be returning and I personally hope it opens up this quite unique world to a new generation of viewers.  For those of you who haven’t as of yet watched the TV series of the early 1990s I would suggest you get cracking immediately.  A very good point to begin at is this 1992 film which is a perfect companion piece.  So enjoy.  And by the way – damn fine cup of coffee!