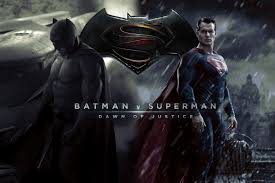 Well, finally, after all the hype and marketing and plethora of teaser trailers, Batman v Superman: Dawn Of Justice has finally arrived and, truth be told, it’s not quite as bad as many of the reviews would have us believe; but then again, it’s a far cry also from the bar that was set so high by the Christopher Nolan trilogy; The Dark Knight in particular.  Dawn Of Justice opens very promisingly with yet another Bruce Wayne memory/flashback to the night his parents were senselessly murdered by a street thug.  There’s no suggestion of powerful forces behind this crime, but it sows the seed in the young man’s mind and the narrative relies on the assumption that we all know our Cape Crusader mythology oh so well at this stage.  Flash forward then to a more recent Wayne episode and we see the hero – minus his dark cape – racing through the streets of Metropolis as the battle between Superman and General Zod looms darkly over the city.  The final battle as it was played out in 2013’s Man Of Steel was a noisy and visually congested affair and director Snyder chooses in this replay to focus on the destruction and loss of life brought about by their duel to the death.  Wayne is incensed by the carnage he witnesses and makes a solemn vow to pursue the alien from Krypton who is still the subject of political and even spiritual debate (yes Snyder is persisting with the Christ-like analogies and imagery that was prominent in Man of Steel and also in Bryan Singer’s Superman Returns).  And so Bruce returns to his cave and commences a Rocky-like montage of lifting weights and beating tyres with a sledge hammer and it all builds to an expeditiously-realised finale you say?  Far from it.  Study that title again.  This is not just a Batman/Superman film, but also the starting-point (the DC world and producers no doubt hope) for a franchise to rival the one Marvel has been building now for the best part of a decade.  But in quite stark contrast to the Avengers movies, there is a notable dearth of humour in Dawn Of Justice. 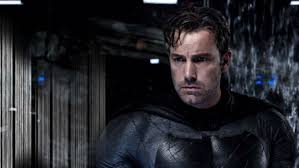 This launch of the Justice League series is just about as far removed from the dawn as one could imagine.  The visuals are, as one would expect by now, more than up to grade, but there is a monochromatic hue which dominates here and it infests the cluttered, and often heavy-handed, narrative as much as anything else.  It really is saying something that Jeremy Irons’ Alfred has many of the best lines, and that at only one point in the eventual, though not climatic battle, we get a line we’d associate most readily with Robert Downey Jnr’s Tony Stark.  Apart from such very brief respites, we are placed squarely in a world in which darkness appears to prevail in the form of private insecurities and more public campaigns favouring accountability and the restraint of super-powers.  Henry Cavill, who proved in last year’s The Man From UNCLE that he has a suave and charming side to his acting, is given little to work with here.  His Superman is entertaining doubts regarding his own position in this world, but it involves a lot of grimacing on the actor’s part, and not much in the way of broad emotional range.  Ben Affleck is better and fits well as a rather world-weary Bruce Wayne/Batman.  The character is relentless, and more than a little vicious (Adam West would never have branded his foes), but Affleck does an admirable job in the quieter moments as well, and his barbing with Irons’ Alfred provides some of the film’s more pleasurable moments.  Jesse Eisenberg hams it up to no great effect as Lex Luthor and Amy Adams and Laurence Fishburne are underused somewhat in the same roles they took in Man Of Steel.

We come then to Wonder Woman and it’s refreshing to report that Gal Gadot handles her scenes quite well (particularly her exchanges with Affleck at a party).  There’s a stand-alone film coming along for this character and Gadot does a reasonable pre-sell.  If only the same could be said for the final act of Dawn of Justice as it lamentably descends into a veritable whirlwind of blasting noise and clunky CGI.  The set-up for that titular battle is very contrived and, as per Man of Steel’s central set-piece, it’s too often waves upon waves of smashing rubble and beating-to-a-pulp choreography.  And guess what.  The enemies (so-called) discover they have a common foe who has been pulling their strings in the background.  The climatic conflict in Dawn Of Justice featuring the behemoth that is Doomsday is rather clumsily put together and quite honestly our senses are already overtaxed by this stage.  It’s this final act of forced plotlines, tangled storytelling, and often tortuous visuals, that leaves one feeling quite exhausted at the end of it all and still begging for that dawn which was promised in the title.  But perhaps that’s really the job of the next movie as Affleck’s Wayne hints to Gadot’s Diana Prince in one of the final scenes.  We hear passing references to some of these other outcasts/superheroes and Diana herself views a few clips on her laptop prior to the triumvirate battling Doomsday.  If this does come to pass (and no doubt it will, barring box-office disaster), then could they please make it a little lighter in tone.  And less of the gloomy rain and navel-gazing.  Even possible take a page out of the Marvel/Avengers book.  Oops, did I just say that?  Please Batman – don’t hurl any Kryptonite spears in my direction.