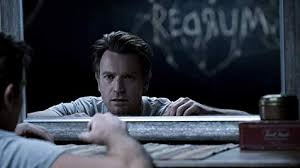 Making a sequel to an iconic horror film is no easy task, but just imagine the onerous chore of attempting to mould that sequel in such a way that it satisfies fans of the original film and the author of the book on which it is based.  Stephen King was no shrinking violet when it came to the matter of Stanley Kubrick’s film adaptation of his 1977 novel The Shining.  The modern-day master of horror and supernatural fiction allowed his disdain for the 1980 film to be publicly known and then some.  A 1997 miniseries adapted and closely monitored by the writer himself emphasises perhaps his residual disappointment concerning the Kubrick film of some 17 years before.  In 2013, Doctor Sleep the novel was published.  King said that he wrote it primarily because of his lingering interest in the character of Danny Torrance and how he might have grown up.  When we first encounter Danny (Ewan McGregor) in the year 2011, it is quite evident that life after the traumatic events of the Overlook Hotel has not been so good.  An inveterate alcoholic – like his late father Jack – Danny appears to be a drifter with no fixed abode.  He finds a purpose in life (and sobriety) when he arrives in a small town and accepts a job in a local hospice.  Earning the nickname Doctor Sleep (on account of his abilities to comfort patients on the point of death), Danny allows his telepathic abilities to shine once again.  But strange messages appear on his bedroom wall and we are also made aware of a small group of supposed immortals (named the True Knot) who feed on the abilities of people with powers similar to Danny.  This bunch is led by the scheming and deadly Rose the Hat (Rebecca Ferguson). 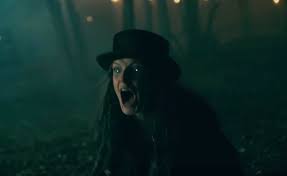 Written and directed by Mike Flanagan (Ouija: Origin of Evil, Gerald’s Game), Doctor Sleep makes a generally good fist of its source material as well as paying homage to that proverbial elephant in the room – yes, you guessed it, the 1980 film which was pretty much derided by King.  At times the allusions (both visual and aural) to the Kubrick film are a little overbearing and certainly far too numerous, but Flanagan nevertheless does a top-notch job when it comes to engagement with some of the new characters introduced in the 2013 novel.  In this latter regard, the filmmakers have certainly nailed it with the casting of newcomer Kyleigh Curran as Abra Stone, a young teenager with a particularly strong shine.  Curran’s is pretty much the performance of the film for me; the character is rendered both vulnerable and robust in her capable hands.  Abra comes to the attention of Rose and the True Knot on account of her especially potent powers and much of the film’s 150-minute running time is spent on this pursuit as she and Rose trade psychic blows and literally enter each other’s heads.  A recurring theme of the story is the need to face one’s past how ever painful this may be and Danny’s character is at the centre of this facet of the film.  Jumping forward eight years in time – from 2011 to 2019 – we find the middle-aged man relatively content in his current surroundings and largely fulfilled in his work.  But Danny still has an important role to play and he is reminded of this by the ghostly figure of Dick Hallorann (Carl Lumbly).  When Abra reaches out to him initially, Danny resists his natural instinct to help, but his proclivity for doing the right thing soon overcomes such hesitation.  And the young girl certainly needs his help with Rose the Hat and her hungry crew (who are now desperate for spiritual sustenance) hot on her trail. 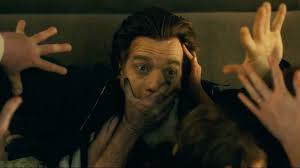 I’m not going to say that I absolutely loved this film because I found it overlong and badly paced in certain sections, but one must admire the sensitivity which Flanagan the filmmaker brings to the story which – ultimately – is one concerning redemption.  Fans of the Kubrick film (myself included) will not be surprised by the third act and where it takes place and I’m still not quite sure that I was so greatly pleased by this.  What I found altogether much more satisfying were the new story elements introduced by King (and Flanagan in turn) regarding gifted people (children in the main it seems) who were being hunted down on account of their rare gifts.  There was a definite pathos to the sidebar story of Bradley Trevor (Room’s Jacob Tremblay), a talented baseball player who was capable of reading the minds of opposing pitchers.  The scene in which the True Knot tortured the young teen for as long as possible in order to optimise his ‘steam’ was probably the film’s most disturbing sequence.  Another rewarding aspect of the film (and again King’s source story) was its considerate presentation of characters on the fringes of normal society who are essential outsiders because of their rare gifts – most especially Danny and Abra.  King has returned to this particular theme time and time again over the years and it remains one of his most enduring examinations as a writer.  In the acting hands of McGregor and Curran, the theme of the outsider with unconventional powers was given an appropriate platform and a definite sense of empathy prevails as the two face off against Rose the Hat in the film’s climactic showdown.  But the question for this reviewer remains one of whether this battle took place in the correct setting so that the film might retain its own individual and intrinsic value.  A very long shadow looms during those closing few minutes; it was cast when Kubrick’s film was originally released way back in 1980.  For me, Doctor Sleep worked best when it was a stand-alone story devoid of such visual and thematic reminders.  A totally acceptable sequel which could have done with a few less of those Shining allusions.