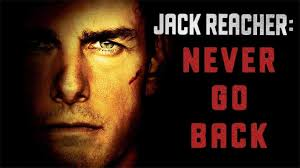 Tom Cruise returns as the action man of few words and  almost super-human deeds Jack Reacher in this fairly lacklustre, run-of-the mill action thriller.  Helmed by Edward Zwick, with whom Cruise previously collaborated on the underrated The Last Samurai, Jack Reacher: Never Go Back is based on the 18th book in the series by Lee Child and one wonders if there will be any more to come in this tepid enough series.  The first Jack Reacher film in 2012, also starring Cruise, appeared to under-perform commercially at first, but better-than-expected box office takings (Asia no doubt) have justified a cinematic return to the loner-hero character.  And so we are re-introduced to Reacher as he returns to his old military unit in Virginia where he appears to have taken a fancy to a voice on the phone in the form of Major Susan Turner (Cobie Smulders).  In one of their early conversations over the wires Turner admits to having heard of the legendary Jack Reacher.  It’s a rather cliched line and moment in a film which never really seems to know where it’s at or what its premise ought to be.  Upon reaching Washington Jack is informed that Turner can’t make their date owing to the fact that she’s been arrested on suspicion of espionage.  He smells a rat of course especially when followed by two men as he takes some breakfast in a diner.  In a subplot to all of this, Reacher is informed that he may be a father all of these years without having known.  A local prostitute has taken a paternity suit against him and Reacher, adamant that the kid Samantha (Danika Yarosh) is not his, is nonetheless curious enough to track her down to a liquor store. 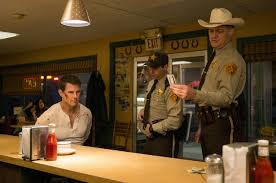 The resulting encounter between would-be Dad and daughter does not pan out very well, but Jack has other problems on his hands.  When a judge advocate in the impending Turner case turns up dead, Reacher deems it prudent to break Turner out of military prison and hit the high road.  They are forced to take Samantha with them as the bad guys (personified by a relentless Patrick Heusinger) have cottoned on to the fact that the normally impenetrable Reacher may have a soft spot they can target.  You get the picture perhaps from here on in – Reacher, Turner and Samantha travel to New Orleans in their quest to unravel a conspiracy involving the seeming illegal sale of arms and the deaths of two of Turner’s comrades.  Naturally, drugs are thrown into the mix as well. 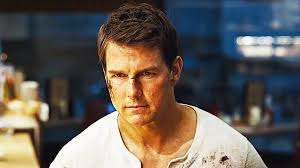 Jack Reacher: Never Go Back has some impressively staged fight scenes, but, ultimately, its action sequences are a let-down and devoid of any spark of originality.  The same goes for the plot and the somewhat leaden dialogue.  The opening scene is an especial case in point as Reacher tells a corrupt sheriff ‘what will happen in the next 90 seconds.’  Or was it two minutes?  I can’t remember, but no matter.  Much of the problem here is the presence of Cruise himself.  Let’s skip the obvious discussion of his character’s physical description when compared to the Reacher in Child’s novels and consider instead the actor’s far far better Mission Impossible franchise – particularly the two most recent entries.  We’ve come to expect a much better calibre of action film from the 54-year-old and Jack Reacher appears to be stumbling along as a rather poor relation to his MI series.  Ok, a bit unfair I know.  I do realise what Cruise and his fellow producers and even director Zwick are aiming for here – a hard-edged hero with no allegiances and no emotional complications.  Except that he does develop some of these in a rather ham-fisted way as the plot of Never Go Back plays out to its underwhelming finale.  They need to make their minds up about what Reacher the character and Reacher the persona are supposed to be about. 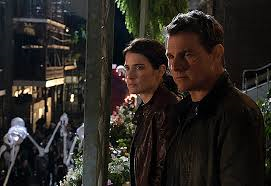 If it’s formulaic fun you need with not much in the way of a convoluted plot, then Never Go Back will do just fine for you and there have been much worse films made in the action genre.  On the plus side of things, Cruise’s two leading ladies – the aforementioned Smulders and Yarosh – do just fine in their respective roles and there’s a half-decent chase scene through the streets of New Orleans at Halloween time close to the film’s conclusion.  But little else to really get excited about here.  The loner-hero is last seen by himself again as he hitches a ride to his next destination where, no doubt, even more bad guys need some taking down.  Cinematically we may or may not seen him again, but, in truth, it’s hard to find or feel the love.  I wonder if Jack will never go back.  Or come back for that matter.  Either way I find myself caring little as to his likely screen fate.