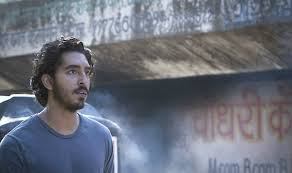 One man’s search for his birth home in his native India is the subject of Australian director Garth Davis’ feature debut starring Dev Patel, Rooney Mara and Nicole Kidman.  We are first introduced to the five-year-old Saroo (the excellent Sunny Pawar) as he and his brother Guddu pilfer coal from a moving locomotive.  The older boy works at night-time in order to assist his struggling mother and, despite his young age, Saroo is determined that he will become a breadwinner of sorts for his family as well.  He accompanies Guddu on a train to a station close to where the latter’s place of work is, but when fatigue sets in, the older boy decides to leave him behind to sleep.  The critical separation of the piece occurs when Saroo wakes up and boards a train which takes him to the West Bengal capital of Calcutta.  Unable to communicate, as he is not versed in the Bengali language, the helpless Saroo cries out the name of his brother and mother – who he only knows as Mum.  Taken in at first by a seemingly kind woman who feeds him, but may in fact have intentions to sell him, Saroo eventually winds up in an orphanage where a young girl warns him of what a ‘horrible place this is.’  A few months pass and fortune smiles kindly on the lost boy in the form of an Australian couple who are anxious to adopt him.  Saroo travels to Tasmania where he meets his new parents Sue and John Brierley (Nicole Kidman and David Wenham).  A year later the couple adopt another boy named Mantosh, who, in contrast to the quite placid Saroo, is very troubled and prone to self-harm. 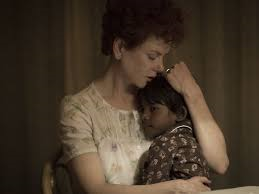 The film jumps forward some 20 years then and Saroo is leaving his adoptive home in Hobart for Melbourne where he intends to study hotel management.  But residual memories begin to surface with more regular occurrence and Saroo is made aware of the possibilities of finding his home via the technological wonders of Google Earth.  He also obtains for himself an American girlfriend in the shape of Rooney Mara (somewhat wasted in her role).  Davis’s narrative – and the script by Luke Davies – stagnate somewhat in this second act as Saroo becomes immersed in this online search for his family.  Patel – a very gifted and expressive actor – is perfectly suited in his role, but there is an overuse of shots framing him against large windows and on sandy beaches staring into a vast and apparently impenetrable distance.  But for his own performance, and that of the intermittently-appearing Kidman, Lion almost goes a little flat in this section, but Davis has a trump card to play in the final act as Saroo eventually finds and returns to his hometown of Khandwa and the neighbourhood Ganesh Talai (which he has been mistakenly calling Ginestlay ever since his childhood). 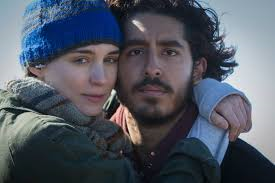 There’s no mistaking the power and resonance of that climatic scene as our hero reunites with his mother and sister (a subsequent caption at the film’s end informing us that Guddu was killed the same night Saroo went missing when struck by a passing train) and Davis expertly milks it for all its emotional worth.  Nominated for six Academy Awards at the forthcoming 89th Oscars (deserved nods in particular for the aforementioned Patel and Kidman), Lion is a remarkable story which – as a cinematic entity – has substantial punch in its first and third acts, but gets a tad bogged down in the middle as faint notes of melodrama set in.  Its thought-provoking and moving finale make up for this lull and Dev Patel’s acting stock will rise a few notches following this.  Go to see it and try fighting back those tears as his well-observed Saroo finally embraces his biological Mom.  Heart-rending stuff indeed.