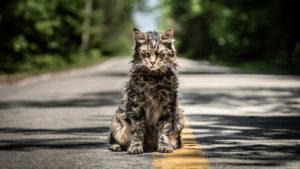 At an early point in this second adaptation of the 1983 novel of the same name by Stephen King, Louis Creed (Jason Clarke) considers the weighty subject of death and how it should be properly broached with his young children.  The good doctor, who hails from Boston, and, presumably, has seen his fair share of mortality in emergency rooms and the like, feels that a frank and open discussion should be the order of the day.  His wife, Rachel (Amy Seimetz), on the other hand is for promoting a more spiritual explanation.  The couple have recently relocated with their children Ellie and Gage from an urban setting to the far more rustic environs of Ludlow, Maine.  Louis’s express hope is that it will give him more time to spend with the kids.  Rachel’s motivation is less precise and, quite soon, she is haunted by recurring visions of her dead sister who suffered from a debilitating spinal condition.  The house they come to occupy must surely rank as one of the creakiest in all of cinema history.  More pertinent again is the nearby road on which heavy vehicles speed with unrestrained abandon.  A generally benevolent yet enigmatic neighbour in the form of John Lithgow’s Jud adds to the mysterious ambience.  And then there is the shadowy cemetery close by (misspelled as sematary) where deceased pets have been buried by their owners down through the years.  A funeral procession for a dog which Ellie witnesses at an early stage confirms the notion that the local community believes in its quirky rituals.  The pets have grave markers and the tradition has a suitably sombre aura. 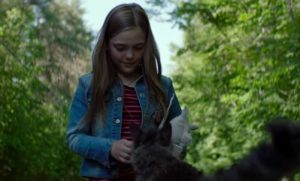 The inspiration for the source material has a typically Stephen King feel to it.  A writer-in-residence at the University of Maine in the late 1970s, the author was renting a house adjacent to a busy road where cats and dogs often met an untimely end.  The central premise of the piece concerns animals and – inevitably – humans who are brought back to life bereft of a soul.  Although hardly his most expansive work with regard to time and setting, the 1983 novel which the author subsequently penned does seek to grapple with a substantial theme – that of life and death.  Given the choice, is it morally correct to play God in a sense?  Does an all-consuming grief justify the act of returning to life a loved one who is no longer the same person?  And what are the resulting consequences of such a course?  The writer – who occasionally goes under the pen name Richard Bachman – has stated that Pet Sematary is his scariest work and one can see the appeal in taking another pass at it for the movies.  Personally, I haven’t seen the 1989 cinematic adaptation, but I’m certainly led to believe that it’s not one of the best representations of King’s work.  Much of the commentary surrounding this new film has focused on the deviations from the original novel and the ultimate denouement which has been significantly altered.  Co-directors Kevin Kolsch and Dennis Widmyer are certainly intent on piling on the jump scares which seem to average roughly one every five minutes.  There is an appropriately sinister cat (reanimated of course) and the photography by Laurie Rose gives the film a macabre feel in keeping with the original novel’s tenor. 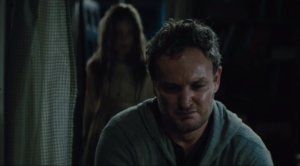 The film’s marketing and advertising campaign has as its tagline a line uttered by Lithgow’s Jud as he surveys the wreckage and concomitant grief which have become the principal elements of Louis’s life – ‘Sometimes dead is better.’  This new version of Pet Sematary will not rank among the best adaptations of King’s work (The Shining, Stand By Me, the original Carrie and The Shawshank Redemption are safe in that regard), but it does amount to an entirely serviceable work which will not disgrace the author or his 1983 novel.  The central performances of Clarke, Seimetz and Lithgow are as good as you would come to expect from actors of this calibre and the young Jete Laurence is excellent as the initially innocent, then later malevolent, Ellie.  The film’s final act and, more particularly, its closing moments are a tad on the busy and forced side, but one is inclined to overlook this in the context of the story and the overall genre.  Not vintage King cinema by any stretch of the imagination, but a half-decent horror film which has its moments and fair share of genuine frights.