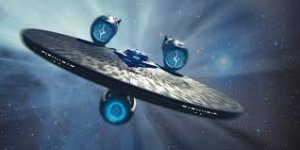 The thirteenth instalment in the Star Trek film franchise is a more than decent entry that should please most Trekkie fans and perhaps even capture a few new ones along the way.  The rebooted series is now on its third film and J.J. Abrams, director of the first two in the re-launch if you will, has passed on the directing chores to Justin Lin, he of Fast and Furious fame.  Lin does not miss a beat in this action-packed, a little more by-the-numbers, space adventure which sees the Enterprise lured into a trap when it undertakes a rescue mission.  We are informed in advance of this that the Enterprise is now some three years into its five-year mission and, although successful carrying out its mandate, not all of its key personnel are content with their roles, particularly Kirk (Chris Pine) and Spock (Zachary Quinto). 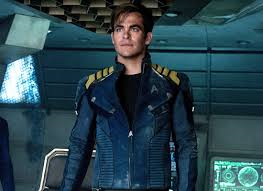 And so, yes, Star Trek Beyond does indeed set up some nice personal conflicts as per its predecessors in that its two principal characters are beginning to question their own place in the vast universe which they are seeking to explore.  Early on we hear Kirk in a voiceover bemoan the fact that the universe is endless and beyond complete knowledge; Spock, on the other hand, is visibly facing a deeper conflict with his duty to Starfleet impinging upon the certain biological and emotional ties he feels with his fellow Vulcans.  In the midst of all of this the Enterprise is attacked on its mission beyond the Starbase of Yorktown where it has been resting, and the majority of its crew are taken captive by a seeming and seething alien commander named Krall (Idris Elba).  A few – including Kirk and Chekov, Spock and McCoy – are, however, stranded and separated on the nearby planet.  An injured Spock and as-always worldly-wise McCoy (Karl Urban) barb off each other to good effect.  Scott (Simon Pegg – also on co-scriptwriting duties here) meanwhile encounters an alien scavenger named Jaylah who has a horde of retrieved items, and one artefact which will prove of particular importance to the ship-less crew. 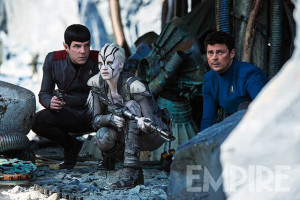 There’s nothing incredibly new in all of this, but director Lin handles his first foray into the Star Trek universe with much aplomb.  And there’s certainly plenty of that.  Lin is not the type of director who ponders on a philosophical moment or metaphysical allusion and so the plot of Beyond is quite relentless and scarcely at rest throughout its 122-minute run time.  But there are much worse things than this.  Star Trek Beyond has some excellent set pieces and the script by Pegg and Doug Jung has more than enough quips to satisfy the ardent fans and newcomers to the franchise.  The villain of the piece – Krall, as played by a pretty much unrecognisable Idris Elba – is a little one-dimensional I would suggest, but overall the stock characters of Star Trek are once again nicely played by the new incumbents on the revamped Enterprise.  In this regard Pine and Quinto make for a very satisfying Kirk and Spock and Karl Urban continues to be a cynical hoot as McCoy.  Pegg, Saldana and Cho are all equally good in their respective roles, and particular mention should be made of the late Anton Yelchin who once again excels as Chekov.  The film is appropriately dedicated to him and to Leonard Nimoy, who passed away early last year.  It’s heartening to read – as we approach the 50th anniversary of the beginning of the original series – that most of the key cast members, including Pine and Quinto, will be returning for a fourth film at some point in the future.  The rebooted Star Trek series continues its momentum with this very decent entry.  The franchise has more than a few heartbeats left in it yet I suspect.  Here’s to the next 50 years!!