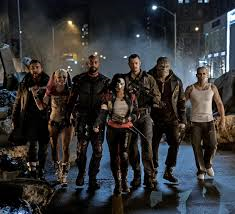 The DC Universe expands ever so much more with this story based around a group of anti-heroes who are employed by a secret government agency to save the world.  But hey, isn’t that Batman’s job?  And what about Superman?  Oh right, he’s sort of dead isn’t he?  We think.  Well the Dark Knight himself (once again played by Ben Affleck) does make brief appearances in two of the characters’ back stories, but apart from this, and a even shorter appearance by The Flash, it appears the world is doomed if this disparate bunch of desperados does not get its act together quickly.  Enter one Amanda Waller (a stern Viola Davis) who, in the wake of the Man of Steel’s untimely demise, is intent on bringing together this bunch of miscreants to, well as I said, save the world (aren’t you keeping up with this?).  To that effect we have an extended segment of exposition early in the film in which Waller outlines to two important-looking suits the backdrop to each of the characters she intends to utilise in her Suicide Squad. 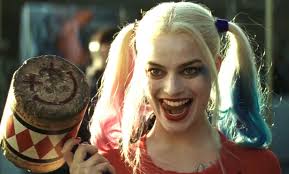 We have Deadshot (as played by a grimacing Will Smith); Harley Quinn (a psychopathic, but bright turn by Margot Robbie); Captain Boomerang (appropriately Australia’s Jai Courtney); El Diablo (a flame-throwing Jay Hernandez); and Killer Croc (English actor Adewale Akinnuoye-Agbaje).  Each one of these inmates has a special talent for destruction that if properly harnessed might just defeat a force known as Enchantress, a witch-goddess who has gone rogue from the group at an early point and is shooting lots of beaming lights in Midway City – the effect of which we are told will bring an end to mankind.  They are led by Colonel Rick Flag (a pent-up looking Joel Kinnaman) who, apart from his own military mandate, just so happens to be the amour of Dr. June Moone whom the malevolent Enchantress has taken possession of.  And whilst we’re on the subject of love, Harley Quinn herself (in a previous life a psychiatrist at Arkham Asylum) is involved with the Joker (Jared Leto in a misfiring performance which never comes close to the grandeur of Heath Ledger’s interpretation).  I should add as well that other members of this team include a martial artist expert by the name of Katana and a mercenary with the moniker Slipknot who specialises in tactical grappling.  Scott Eastwood (youngest son of Clint) features as a Navy SEAL by the name of Edwards. 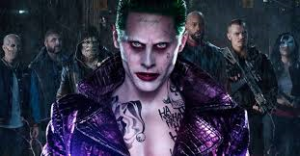 By now we know that the DC world is one which seems quite averse to the light.  Much of Suicide Squad takes place in the monochrome Midway City – a metropolis where you couldn’t imagine trees might grow, or birds might fly.  The team is sent in to the hub of Enchantress’s activities and, yes, you guessed it, there are moments of internal strife which beset them.  In spite of their past crimes it seems as if each member has some modicum of humanity left and so we have flashes of Deadshot’s daughter and El Diablo’s family (who it appears he subsequently incinerated in a fit of rage).  These moments are brief of course because it is the main purpose of director David Ayer (End of Watch and Fury) to propel the action forward and deliver on as many combat scenes and eardrum-reverberating explosions as possible.  The cast do the best they can with the sparse dialogue and rather clichéd one-liners, but Suicide Squad eventually descends into a rather muddled last half hour in which the team enter the lair of the Enchantress and engage this demonic presence whom they do not expect to defeat (yes the term Suicide Squad did have some significance after all).  Robbie manages to stand out as the best thing in the film; Leto’s Joker is by far the worst.  The others come somewhere in between.  But this isn’t enough.  There’s no real sense of joy in Suicide Squad.  It’s just dark, dark, dark as the Lego Batman might say. 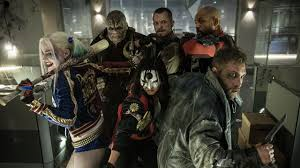 The film opened decently at the American box office, but one wonders if there might not be a tumble as word-of-mouth emerges; perhaps nothing as bad as the plummet Dawn of Justice took in its second week, but Suicide Squad will no doubt go on to be a modest hit in overseas territories.  A sequel is in the works it appears and both Ayer and Smith are said to have signed on.  Given that the characters of the Suicide Squad received a mere 10 years subtracted from their sentences for their heroics, then, depending on eventual worldwide takings, future missions might be possible.  But seriously folks at DC Entertainment, please come up with a semi-decent plot the next time.  And smile a little as the Joker might say.  There are only so many gloomy streetscapes one can visually assimilate in a lifetime.